How to Handle Any Sales Objection 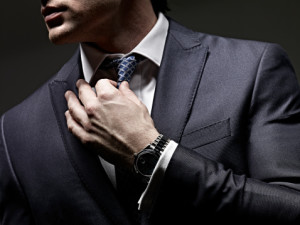 You might be talking to them for the first time on a cold call, or pitching to their colleague whose support you need to get the decision maker to sign, but the scenarios don’t differ all that much. People are trying to find reasons why they shouldn’t act. Why they don’t need what you provide (even if they suspect they might). Why they should build it themselves or put it aside behind another project. There are endless options and people have limited time, so it’s significantly easier to try to poke holes in what you’re offering so they can say no faster and move on with their lives.

So why then does someone always end up closing the deal? Whether it’s you, your co-worker or your competitor. The answer usually lies with the salesperson. Sure, we have to be confident and knowledgeable about what we’re selling, that’s a given. But what sets apart most closers, is that they know how to keep the prospect on the phone, engaged and talking. The one thing they do better than anyone else is keep the conversation going no matter what.

Easier said than done? Maybe. So let’s look at a few examples. What most experienced sales professionals know is that many objections are either not real, or hiding a deeper and more important problem. During a phone call it’s easy for the person you’re pitching to, to default to the questions they ask everyone else. It’s your job to get to the root of the problem they’re trying to solve. After all, they’re talking to you for a reason.

“We’ve used up our budget for products like this.”

Easy to throw your hands up after this one. But instead you could say:

“Do you mind me asking what type of products you have invested in?”

Now you can at least get a chance to tell them why your product is very different, and not even in the same category. But always better to prove this. So your follow up question might be:

“When you bought these other products, what specific problem were you trying to solve?”

Now you can have a chance to describe how your product is solving a different problem, or has a higher chance of solving this problem because it does x, y, z better.

In this situation, always best to not bash your competitors, and in fact be open to your competition being able to solve some problems for this prospect better than you can, and voice this. They will appreciate your candor and are more likely to trust you.

A common objection, especially when you might have only had a few seconds or less than a minute to pitch someone (like during a cold all).

“Sure. Could you tell me what I might have said that brought you to this conclusion?” or “What part of my explanation makes you think that?”

This does a few things. It forces the prospect to actually process what you told them in your pitch, and shows immediately whether they were just trying to blow you off or not. Often times, they’re just too busy and are trying to get off the phone. But this could be your shot to dig a little deeper and find out whether they understood you correctly. Then you can have the opportunity to clarify/adjust your pitch and intrigue them, and schedule some time to talk when they’re less busy.

“Let’s revisit this in a few months.”

The worst is hearing this response after a second or third meeting with this person, or after pitching 2 other people in the company who were excited about your offering.

“You mentioned before that Problem X was something that you were looking to address. Is this no longer the case?”

This gives you a chance to see if the person is just too busy to take on something else. Even better to say this when other people in the company have expressed interest in solving this problem, therefore giving you leverage.

“You’ll be able to see whether you get value very quickly. I can help with the trial (or roll-out, implementation, or anything they might need) and you won’t need to spend more than Y Time on it.”

Often times asking this question makes someone backpedal a bit and admit that the problem is actually still equally as important, and if you can make it easy enough to solve it they might not put it off for later.

Your job here is to find out why they think this.

“How much is this problem costing you?”

People only perceive something as expensive relative to something else. Ever get the $2.50 coupon on your Starbucks receipt to spend on any drink until 2:00pm? This is genius, because not only are they getting you to come back and spend more money with them in the same day (and potentially buy something else with your drink), but you automatically think $2.50 is a bargain since some drinks at Starbucks can go for well over $5.00! But you know all too well that it doesn’t cost them anywhere near $2.50 to make this drink, and you’re still paying a lot of money for something that will be gone in 15 minutes.

So you need to tie your solution to either a direct cost saving or income generation that’s significantly above the cost of the product so they can clearly see why it’s a great deal!

“We’re pricier than the competition, but here are our results and why it has a much higher chance of working, therefore saving you 10x, or making you 10x.”

“When’s the last time you spent X (amount of money) on something in this business?”

Like in this video, the answer may surprise you, and even help you position your product as the no-brainer thing to spend money on in comparison to what the prospect already spends on with mediocre or unmeasurable results.

These are just a few examples of how asking questions and constantly challenging the prospect to get to the root of the problem and their true objections can help you win deals in the long run.

Are there any objections you want help with that I didn’t cover in this post? Comment within and I’ll respond with ideas.